Kimmel & Silverman employs a team of nine tenacious consumer attorneys licensed in 16 states. Together with a support staff of more than 30 paralegals, legal assistants, clerks, and administrators, Kimmel & Silverman remains the most experienced, most successful consumer warranty law firm in the nation. 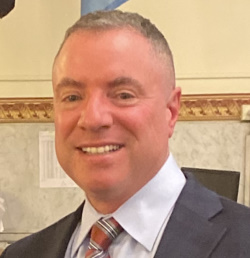 Craig is one of the most experienced and respected consumer attorneys in the United States. Along with his partner, Robert M. Silverman, he has been called a pioneer in consumer protection and cost-free legal representation. Since 1989, he has devoted his practice solely to consumer claims, primarily Fair Debt Collection Practice Act (FDCPA) and Automobile Warranty “Lemon Law” claims. In 1997, he served as legal consultant to the Pennsylvania House of Representatives, and continues to consult with the Consumer Affairs Committee. He is credited with creating the only two amendments to the Pennsylvania Lemon Law and authoring the first Computer Lemon Law bill in the United States, which also served as a model for Illinois, Connecticut, and California. Mr. Kimmel has made appearances on national television discussing his cases and consumer law issues and has given interviews to newspapers, magazines and radio programs. Within the profession, Mr. Kimmel has been a keynote speaker for legal education seminars and has shared his experiences with community groups nationwide.

Mr. Kimmel does not represent businesses or business interests. He instead has chosen to represent individuals and has done so many thousands of times. He has also served as class counsel in cases that have pushed for product improvements and changes in how business responds to customers. He has successfully argued for clients at the United States Court of Appeals for the Third Circuit on matters having a national impact, that continue to be cited as authority.

In 1986, Mr. Kimmel earned his Bachelor of Arts Degrees from Ursinus College and in 1989 a Juris Doctor Degree from Widener University School of Law. He is admitted to practice in Pennsylvania, New York, and Massachusetts State Courts, as well as several Federal Courts across the United States. He is active in the Philadelphia Trial Lawyers Association, the Pennsylvania Bar Association, and the New York Bar Association. Mr. Kimmel is a member in good standing of the American Bar Association. 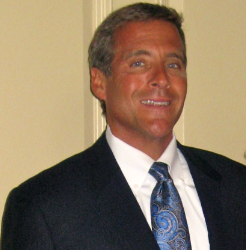 Robert is highly regarded throughout the legal community for his continuing efforts in helping consumers with their breach of warranty claims. Mr. Silverman has been featured in The Philadelphia Inquirer and in other newspaper stories across New Jersey and Pennsylvania as an expert in warranty litigation.

Mr. Silverman has worked hard for consumer rights, trying his cases in the Federal and State Courts in which he practices. He has also successfully briefed and argued cases before the United States Court of Appeals for the Third Circuit.

Angela K. Troccoli, Senior Associate, joined the Firm in 2006. Angela concentrates her practice on representing consumers for claims involving Lemon Law, Breach of Warranty, Consumer Fraud as well as representing individuals who are harassed by creditors and debt collectors with an emphasis on the Federal Fair Debt Collections Practices Act.

Prior to joining Kimmel & Silverman, P.C., Angela practiced in many different areas of civil litigation including real estate, domestic relations, trusts and estates, probate, breach of contract and personal injury.

From 1996 to 1999, Angela was a member of the New England Trial Advocacy Team, interned at the New Center for Legal Advocacy representing indigent clients as well as interned at the Office of the Attorney General in Providence, Rhode Island.

She is also admitted to the United States Supreme Court.

Publications:
Quoted in article for the NY Times, Six Degrees of Anger of an Automaker, August 7, 2010

Jake handles cases in a variety of practice areas within the umbrella of consumer protection. Those practice areas include: consumer credit litigation under the Fair Debt Collection Practices Act and Fair Credit Reporting Act; insurance bad faith, unfair and deceptive trade practices; and securities litigation. Mr. Ginsburg brings with him experience at both large and small boutique law firms. Jake is a graduate of Temple Law School where he served as articles editor for the International and Comparative Law Journal and received an award for outstanding oral argument in Temple's nationally recognized trial advocacy program. Jake is licensed to practice law in state and federal court in Pennsylvania and New Jersey, as well as federal court in the Eastern District of Michigan.